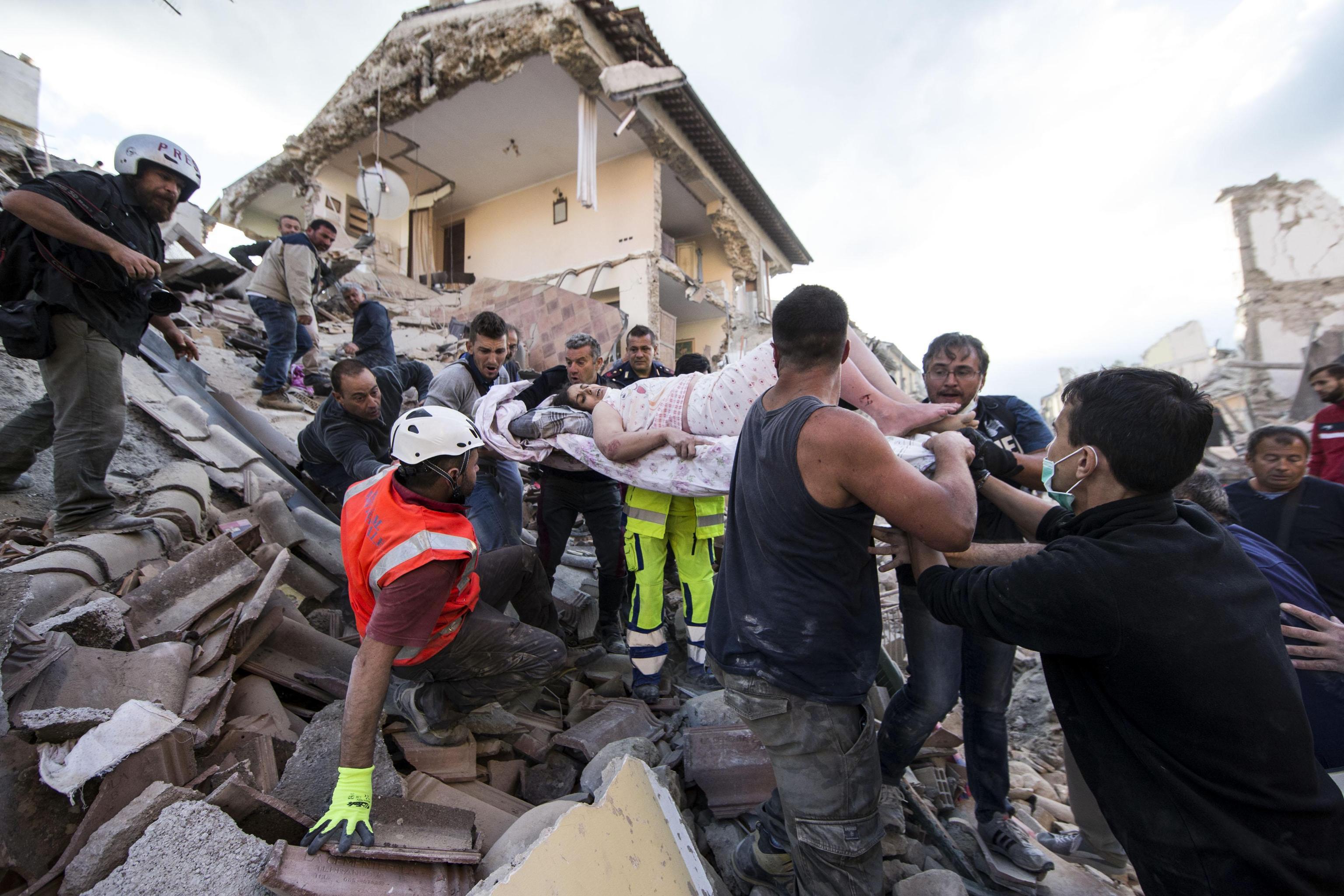 Prime Minister Matteo Renzi warned on Wednesday that the figure could still rise as rescue efforts continued in the mountain villages devastated by the quake.

About 368 people were injured in the tremor, he said at a press conference in the Rieti region, not far from the epicentre of the 6.0-6.2 magnitude quake.

“This is not a final toll,” Renzi added.

The US Geological Survey said it was a 6.2 magnitude quake that hit near the town of Norcia, in the region of Umbria, at 3:36am local time (01:36 GMT).
People fled their homes and gathered on the street in Amatrice [Emiliano Grillotti/Reuters]

The earthquake caused buildings to collapse and sent panicked residents fleeing into the streets of numerous towns and cities.

The mayor of the small town of Amatrice reported extensive damage.

“Half the town is gone,” Sergio Pirozzi told RAI state television. “There are people under the rubble … There’s been a landslide and a bridge might collapse.”

A 5.5 magnitude aftershock hit the same region an hour after the initial quake.